Pusha-T Remains an Enigma After His Biggest Year Yet

"If you know ’bout the carport / The trap door’s supposed to be awkward,” raps Pusha-T on “If You Know You Know,” a chilling and spectacular song about how you almost certainly don’t. Not entirely. Not from personal experience, anyway. As the opening salvo on his earth-shattering Daytona, which accomplishes more in seven quick tracks than most other 2018 rap albums managed in 20, it pulls you, the long-awestruck listener, closer by emphasizing the likely distance between you. Did you know about the tennis balls? The dance contest for the smokers? Where were you when Big Meech brought the tigers in? And did you perhaps picture that trap door as a giant pneumatic tube ready to whoosh you off to some sort of cocaine-themed Batcave situation?

Pusha-T has spent nearly two decades as your favorite rapper’s favorite rapper, and/or everyone’s favorite coke rapper, period. He might’ve just had the biggest year of his career, as a solo artist, as a longstanding critics’ darling, as a merciless rap-battle combatant, as a music-biz executive enjoying his vengeance after years of music-biz calamity, as a pop star. He made one of 2018’s best albums; he delivered 2018’s single most shocking and vicious line. (That would be “You are hiding a child” from his monumental Drake diss, “The Story of Adidon,” in the event you passed out the second you heard it in May and have only just now regained consciousness.) He’s a superhero now, or a supervillain, or an epochal force of nature who renders the distinction meaningless.

Arguably, he could’ve had an even bigger 2018. Daytona and “Adidon” dropped within five days of each other, but Pusha immediately spent much of June more prominent in his role as president of GOOD Music, overseeing the label’s four other Kanye West–produced mini-albums, none of which came close to matching Daytona in quality or impact, least of all West’s own. Drake opted not to release his allegedly world-ending response to “The Story of Adidon,” and, though both rappers have sniped at each other since (Drake on LeBron James’s HBO show, Pusha on Joe Budden’s podcast), that feud has lapsed, perhaps mercifully, into anticlimax.

There is a sense that Pusha-T left something on the table in the latter months of 2018, in terms of publicity, in terms of burning more pure pop-star oxygen. There is a sense that he did so on purpose. Save for “If You Know You Know,” there have been no videos or quasi-formal singles from Daytona, though in late November, footage of a water-flinging onstage brawl at a Pusha concert in Toronto went viral, suggesting that his tensions with Drake could always ramp back up to ocean-boiling levels.

But overall, it’s unclear how big Pusha ever wanted to get, how much celebrity-industrial complex attention he wants, whether laundered and sanitized pop stardom was ever really the goal. His ideal spotlight has a noirish dimness to it; much of his power derives from his being unredeemable, cryptic, impossibly remote. “This thing of ours, oh, this thing of ours / A fraternity of drugs dealers ringin’ off,” the second verse of “If You Know You Know” begins. You, the long-awestruck listener, are almost certainly not part of that fraternity. That’s a huge part of what makes the song great. But it’s also supposed to be awkward. Pusha-T is a legitimate 2018 Man of the Year candidate. But he might still work even better as an enigma.

That car trap door, alas, is a hidden interior compartment that is generally quite a bit smaller than you would’ve imagined. “Nine times out of 10 it’s usually off-hinge a little bit,” Pusha explained in a jovial video for Genius that breaks down “If You Know You Know” line by line. “The dashboard, the center console’s a little off or crooked or whatever. And that’s how you could recognize it. If you caught a rookie cop or somethin’, he may look past it.”

This is very useful information that also, like watching a magician reveal his tricks, carries just a whiff of melancholy. “It’s just a testament to me speaking to my core fan base, and I talk in cryptic code,” he explained to Genius of the song. “Some people, it goes right over their heads.” Most people. It’s probably better that way. The allure of Pusha-T, stretching all the way back to the Clipse, the nefarious coke-rap duo with his brother Malice that broke out with 2002’s “Grindin’” and trailed off after 2009’s Til the Casket Drops, is that you’ll never fully understand him, and you certainly couldn’t ever be him. “A rapper turned trapper can’t morph into us,” he boasts on “If You Know You Know.” “But a trapper turned rapper can morph into Puff.”

The ongoing saga of 6ix9ine—the loathsome young internet-rap troll whose post-breakout attempts to cultivate a “gangster image,” as his own lawyer put it, have left him facing a possible life sentence—is a grim cautionary tale for young stars actively seeking the same danger older stars became rappers to escape. But even at Pusha’s most opulent and triumphant, and however gleefully he has always recounted his own cracked-snow-globe past, he has never seemed inclined to morph into Puff.

It’s enough that he’s calling his own shots now, industry-wise. Daytona is so named because “the Rolex Daytona’s my favorite watch,” as Pusha told Vulture’s Craig Jenkins in May. “And I feel like me and Ye are letting the world see that this album is us having the luxury of time to create it.” No one piece of jewelry shines brighter than a firm release date.

Indeed, the Clipse were defined by gleaming and concussive anthems, from “Keys Open Doors” to the offshoot Re-Up Gang’s “Zen,” but they were also nearly martyred by years of label mistreatment and album delays. In the slow-motion aftermath, Malice found God, while Pusha aligned his solo career with Kanye West and GOOD Music, chasing with each new project the raw energy of Raekwon’s Only Built for Cuban Linx, a.k.a. the Purple Tape, which he described to Vulture as “the Holy Grail of rap albums to me.” My Name Is My Name, from 2013, certainly got close—please listen to the colossal “Numbers on the Boards” right this second, whether it’s your first or your 2,000th time—but Daytona hits another level via an almost lethal nonchalance, its impact tripled by its terse 21-minute runtime. Pusha somehow sounds hungrier than ever now that he’s theoretically sated.

The album is a throwback—to a dustier, more sample-based era of Kanye West production, certainly, but also in terms of its straightforward swagger, its offhand malice, its disinclination to chase any current trends, sonic or otherwise. “I’m too rare amongst all of this pink hair,” Pusha raps on “Hard Piano,” exalting in his untouchable-veteran status even as his further success as GOOD Music president likely hinges on cultivating young eccentrics from Valee to 070 Shake.

Songs like the hard-knocking “The Games We Play” (also explicated in full to Genius) and the ghostly “Infrared” (featuring quite possibly the album fadeout of the young century) aren’t reaching for mainstream appeal, but they both landed on the Hot 100 anyway, underscoring the way that the mainstream reached for him this year.

But this is not a man you really want in your grasp. “It feels pretty good, man,” Pusha told Vulture. “Feels good to be able to just make music that I feel. I don’t have the pressure of trying to please any more than my core [audience.]” The question is whether he has any particular urge to expand that core audience. Daytona is certainly his flashiest moment overall, and “The Story of Adidon,” unparalleled in its viciousness in deeply wounding the biggest rapper alive, might be his peak as a gossip-page staple. But Pusha-T’s monumental 2018 is defined as much by the silence as the noise, as much by Daytona’s brevity as its ubiquity. Whether you were a lifelong fan or a starstruck new recruit, he left you wanting more by giving you all you could possibly handle. He’s playing it cool even at his hottest. And the less you know, the better. 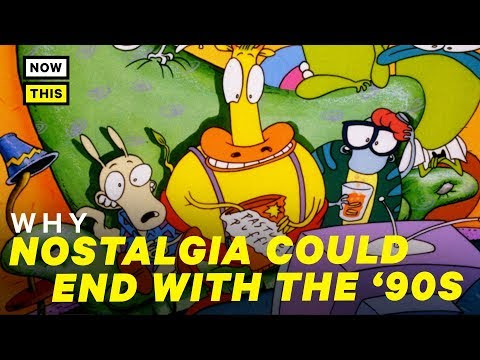